Well, I guess I couldn’t come to Mexico for Dia de Muertos (Day of the Dead) and not write about it. So, I am taking a break from my habitual laziness and getting down to some blogging.

Dia de Muertos is one of the most important holidays in Mexico. Following the Spanish conquest, the dates of the celebration were moved back to tie in with the Catholic All Saints Day, but in fact the traditions and the honouring of the dead can be traced back to pre-Columbian times.

Although there is a lot of spectacle around Dia de Muertos, it is also an important holiday for families, when people get together to remember their ancestors who have passed away. People set up ofrendas, altars that are decorated with traditional marigold flowers, calaveras (sugar skulls), and the food and drink that the deceased most loved.

I arrived in Mexico City (la Ciudad de Mexico, or CDMX) early on Friday 28th October, just in time for the craziness of the Halloween and Dia de Muertos weekend.

On Saturday 29th, Mexico City was throwing a huge Dia de Muertos parade. Interestingly, this was the first such parade in the city, and was in fact inspired by the James Bond movie, Spectre, which featured such a parade in its opening scene. It seems that this idea was so appealing that the government decided to set one up in real life in its capital city. 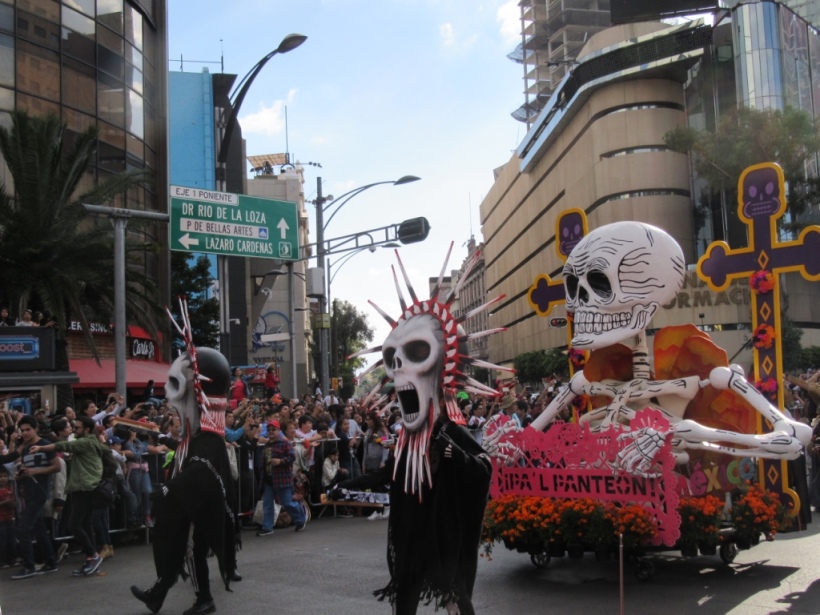 The parade was full of colours, sounds and dancing, showcasing both traditional and modern Mexican traditions, and was a real treat to experience. As the first parade on this scale in CDMX it was understandably popular, so many of my photos of the desfile (parade) feature the heads, hands and cameras of other people in the crowd! 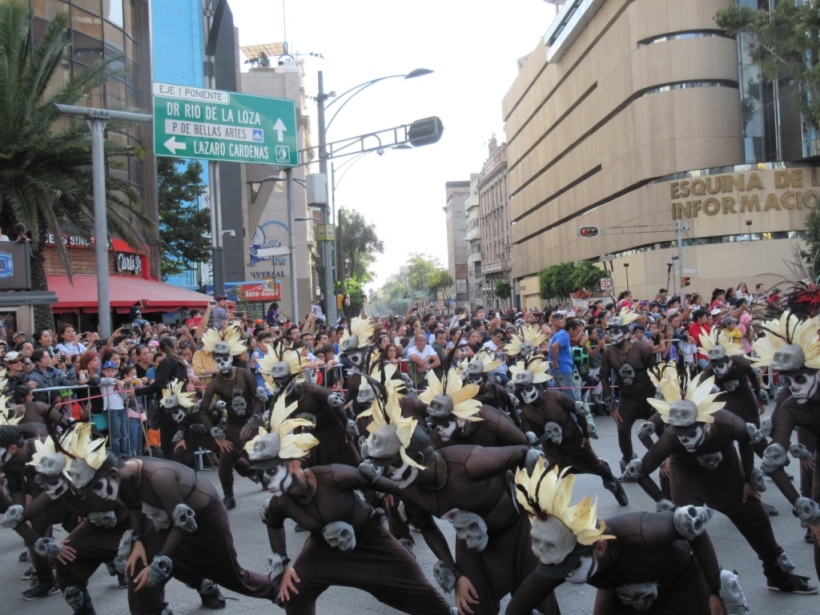 Later on that night a friend and I headed to the Zocalo, the main plaza in CDMX where you’ll find the incredible Mexico City Metropolitan Cathedral. Here we checked out the Day of the Dead decorations, before indulging in a mojito and margarita at a nearby bar. (When in Mexico… right?) 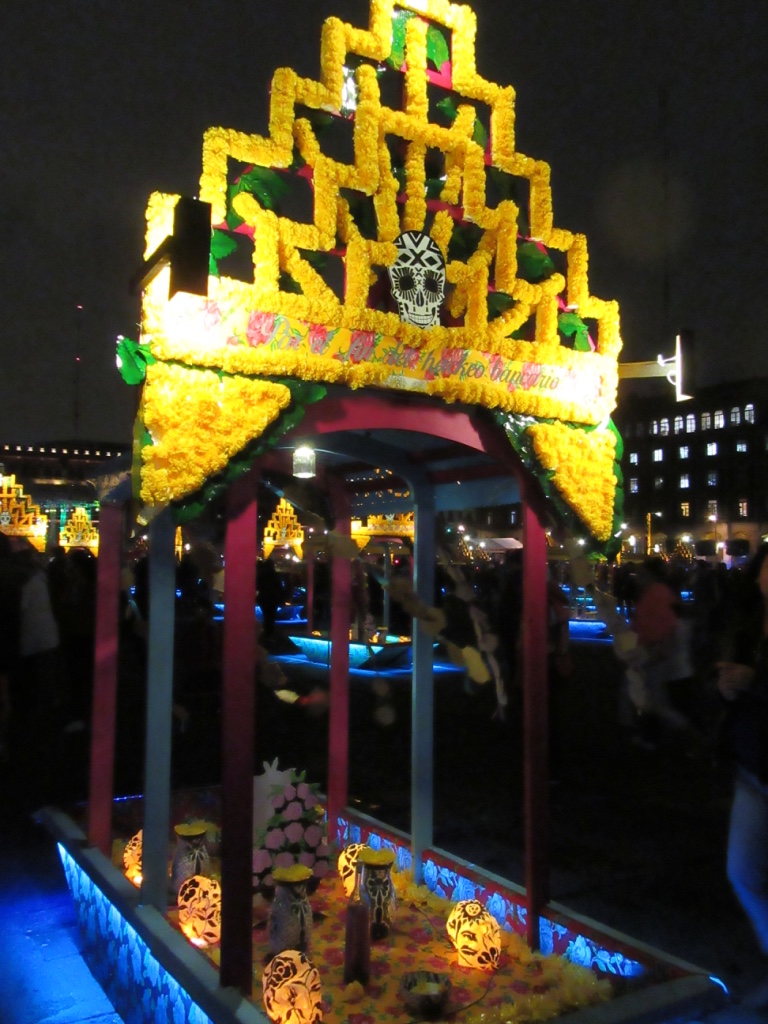 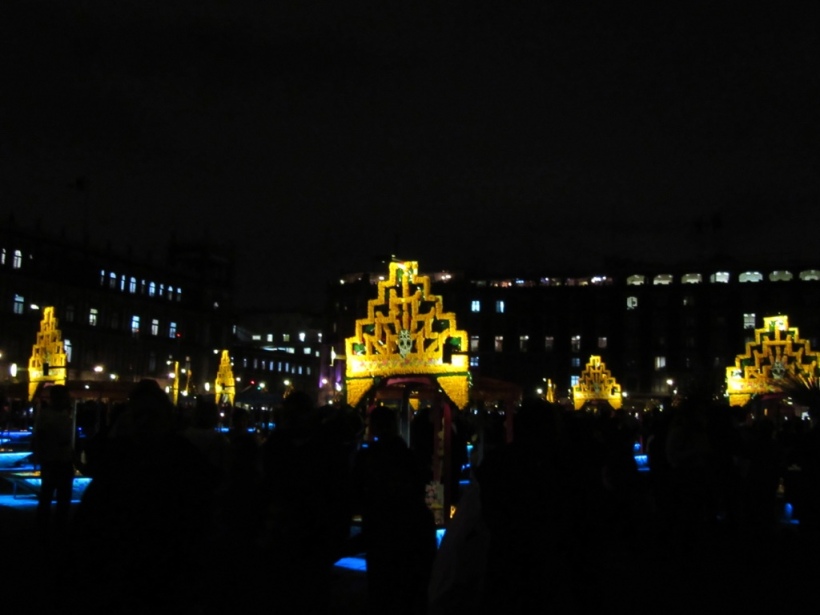 After a cultural day at the Anthropology Museum on Sunday, I was keen to experience some more Dia de Muertos festivities. On Sunday evening I headed to a very beautiful and popular area of the city called Coyoacan.

Coyoacan was hosting a festival of pan de muertos (bread of the dead) and chocolate. Here I got to sample both atole (a traditional hot drink enjoyed in Mexico and Central America) and esquites (sautéed corn served in a cup with chile powder, mayonnaise and lime). As well as pan de muertos, of course! 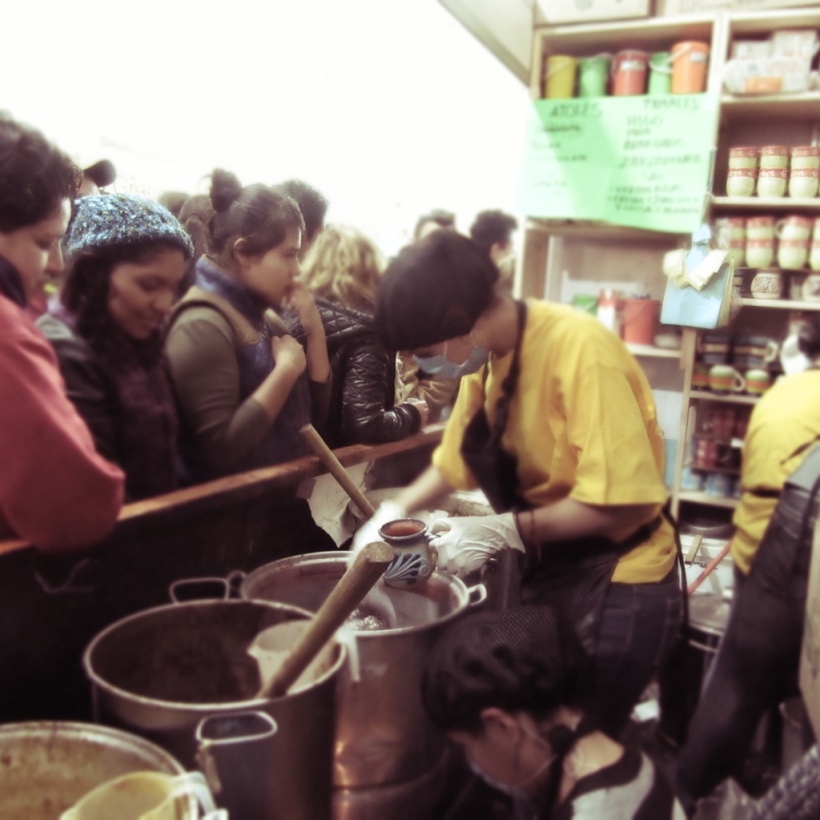 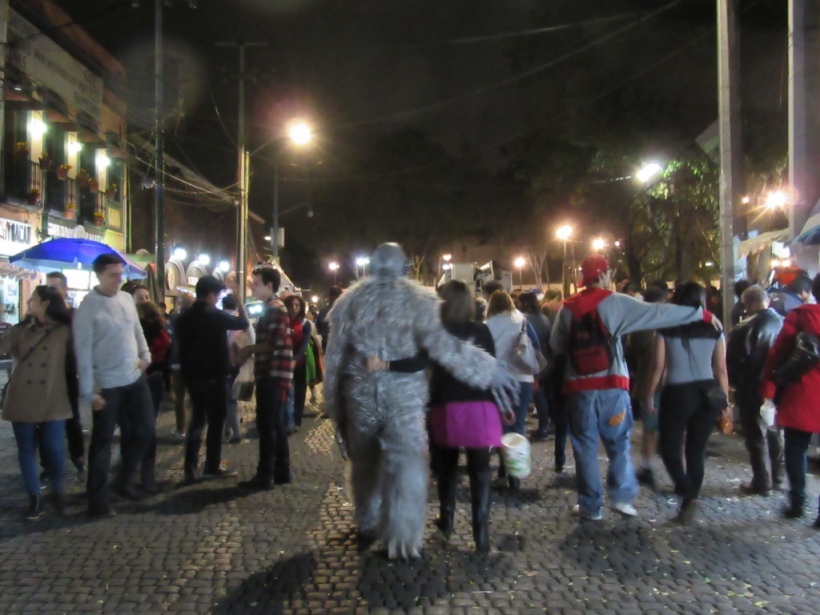 Mexico City loves a good party, so there was also a stage set up and decorated for Dia de Muertos, with a variety of bands playing for the lively and jostling crowd. Aside from that, as is to be expected, there were ofrendas and other decorations throughout the centre.

On Monday I went to Plaza de Santo Domingo to check out the Dia de Muertos ofrendas and exhibition by UNAM, an iconic university in Mexico City. I would have added my photos from the evening, but my camera doesn’t do so well in the nighttime and they don’t look so hot.

Tuesday was the 1st of November and signalled the official start of Dia de Muertos.  This is technically the day devoted to children (inocentes) that have passed away.

I was pretty shattered by this day, thanks to the dangerous combination of jetlag, sleep deprivation and the craziness of Mexico City. Hence I had a pretty chilled out day on Tuesday.

Wednesday was the 2nd of November and this is the ‘main’ day of Dia de Muertos. In the evening I went to Xochimilco, a zone in the south of the city. Xochimilco is known for its canals, which are the remainders of what was once a great lake and canal system. Here are stationed colourful boats, or trajineras.

Of course, there was plenty going on for Dia de Muertos in Xochimilco, with ofrendas and decorations in the centre, along with a buzzing market where you could buy drinks and street food. 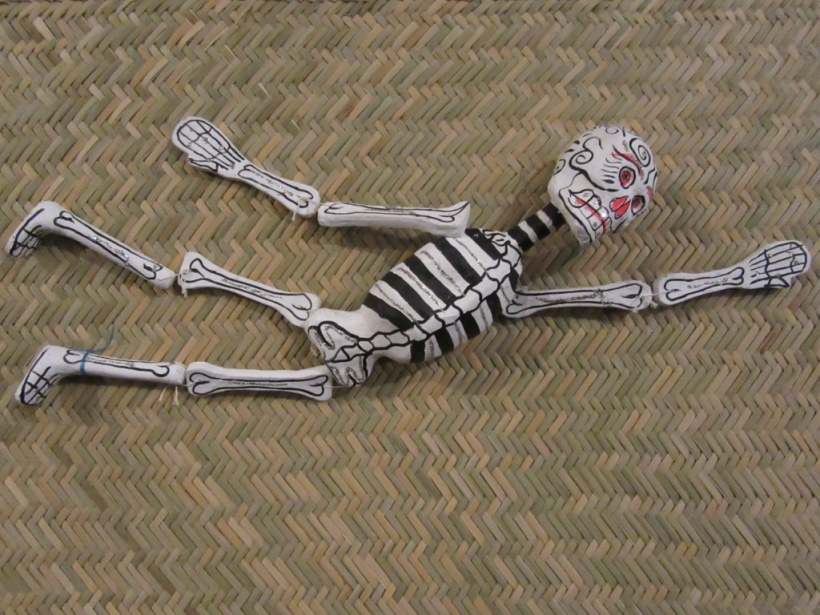 If you’re planning a trip to Mexico for Day of the Dead, you will find events going on most days and in most places. Mexico City is great for experiencing the spectacle of this important Mexican event, but in the smaller towns and villages you can sometimes see the more serious side of this holiday, with less of the partying but more of the family traditions.